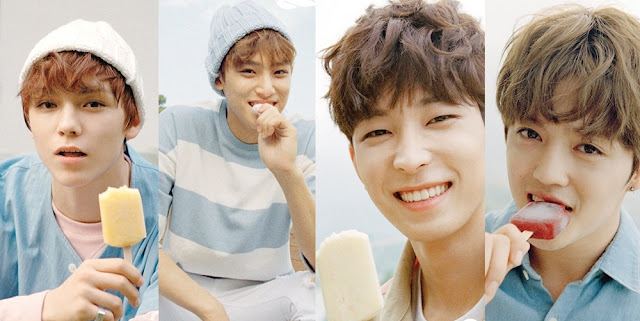 Seventeen starts unveiling individual concept photos of their members and they started up with the group's hip hop team: Vernon, Mingyu, Wonwoo and S.coups.

For their repackage album "Very Nice", they take on another sweet, soft yet bright teenage boys concept holding popsicles. Like what Seventeen fans say, the hip hop team indeed is bursting with charisma earning another title of 'visual team'. Do you agree? 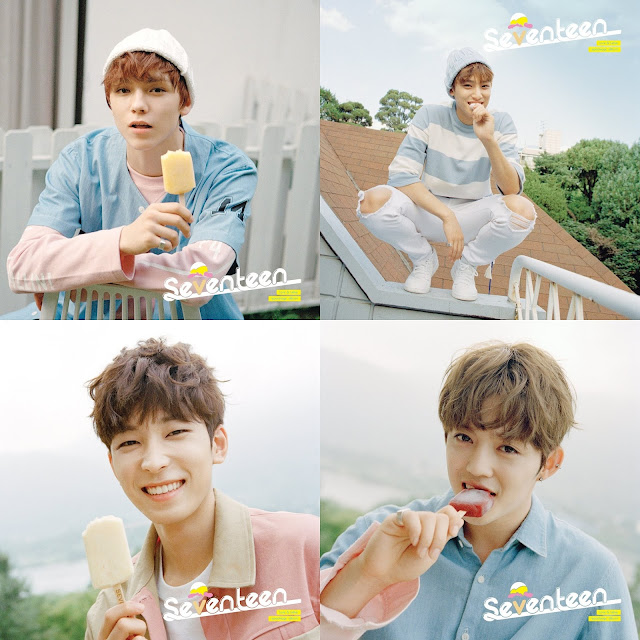