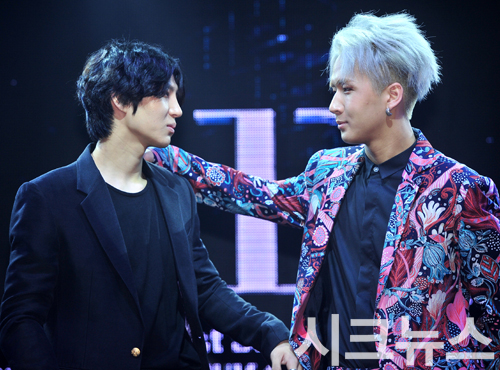 Starlights have been worried upon receiving the unfortunate news of VIXX members Leo and Ravi fainting during one of their performances at their Mexico concert on May 22.

In response to the fans demanding an update, Jellyfish Entertainment has finally released official statement through the fancafe. According to the agency, Leo and Ravi got dizzy due to the height of the stage and hot temperature to the point that both weren't able to continue performing.

Agency adds that the rest of the members continue performing while Leo and Ravi immediately received first aid treatment. For the two members' full recovery, Jellyfish announces that the remaining schedules for Leo and Ravi will all be cancelled for them to get rest and thorough medical treatment.
Facebook Twitter Google+
﻿
Brown Eyed Soul's Young Jun To Release A Duet With Lovelyz's Sujeong!