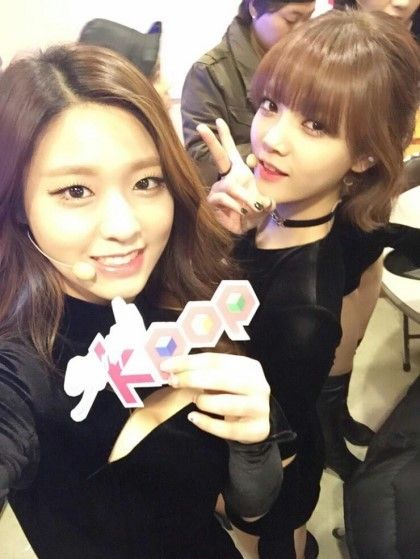 Jimin and Seolhyun write their apology and express their side on their instagram account. Jimin writes that she has no excuse and is apologetic for not being able to entertain the viewers. She adds that she has learned ignorance is a huge mistake and that she'll deeply reflect to give the people a better image of her as celebrity in the future. Lastly, Jimin makes sure that they will have a better look at the history to not shame the country and sincerely apologizes.

On the other hand, Seolhyun also deeply apologizes to the viewers who were in discomfort of their lack of recognition to Korean history. She writes that although she tried her best to show her knowledge about history, Seolhyun realizes that there's still a lot to learn and is reflecting on it. She expresses that she's ashamed and will take netizens' words to her heart and makes sure to be more careful in the future.

Last week, in the broadcast of 'Channel AOA', Seolhyun and Jimin failed to recognize Ahn Jung Geun, who is a significant figure in Korean history and since then have received negative feedback from netizens who stressed that knowing Ahn Jung Geun is a basic historical knowledge. Let's hope that the issue will
Facebook Twitter Google+
﻿
AOA Seolhyun & Hyejeong Model For Chicken Mania

[+2,127 -30] FNC is popular because of Yoo Jae Suk, but they were never considered a top 3 agency kk they're now merely dropping to where they belong  Read more
AOA  CNBlue  fnc entertainment  Jimin  Jun 30, 2016 07:20
Seolhyun Reveals New Pictorials For SPRITE