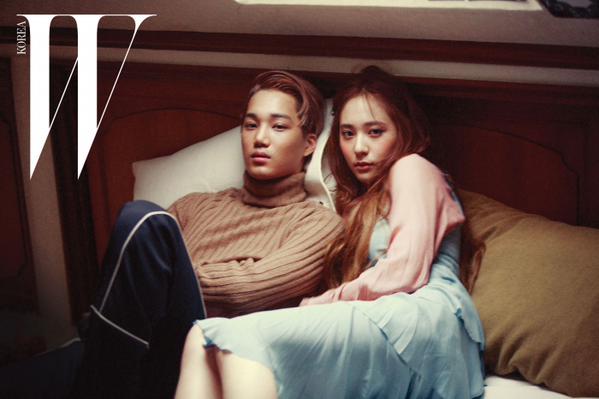 The post has images of claimed to be Kai and Krystal's receipts. However, netizens strongly react to see condoms on the list of stuff they bought.

The employee who leaks the photos is claiming that although Kai has been coming to the store since May, it's the first time for Krystal to do so.

Netizens who read the post give mixed responses. Some are saying that the employee is going to far for revealing the receipt that could embarrass the idols while others are disappointed. Most of them are doubtful if the receipt is true or not. 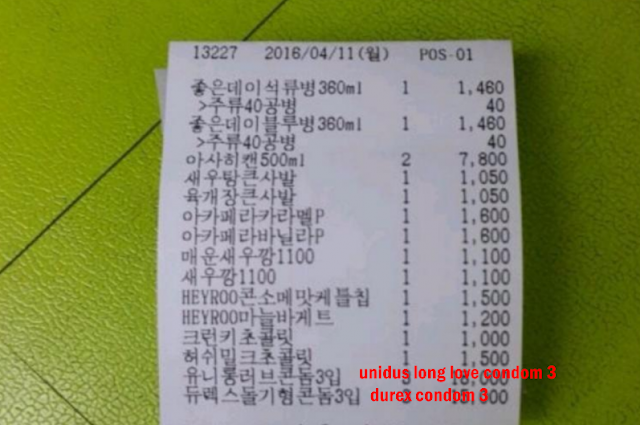 EXO expresses their gratitude for the consecutive wins of 'Monster' on music shows by releasing their practice video. Perhaps it's their black outfits that make the atmosphere even cooler or it's just the boys' charisma and their flawless dancing skills !  Read more
dance practice video  EXO  NEWS  Jun 30, 2016 08:59
Super Junior's Leeteuk and EXO's Suho are up next for SM STATION

Some EXO-Ls and netizens find themselves in a state of shock and thrill when a clip of EXO Chanyeol's kissing scene from his movie "I Married an Anti Fan" makes it round on SNS.  Read more
Chanyeol EXO NEWS Jun 28, 2016 11:02
EXO Members Popularity Ranking Via Magazine Sales!