BTOB to comeback with 'Remember That' on March 28th 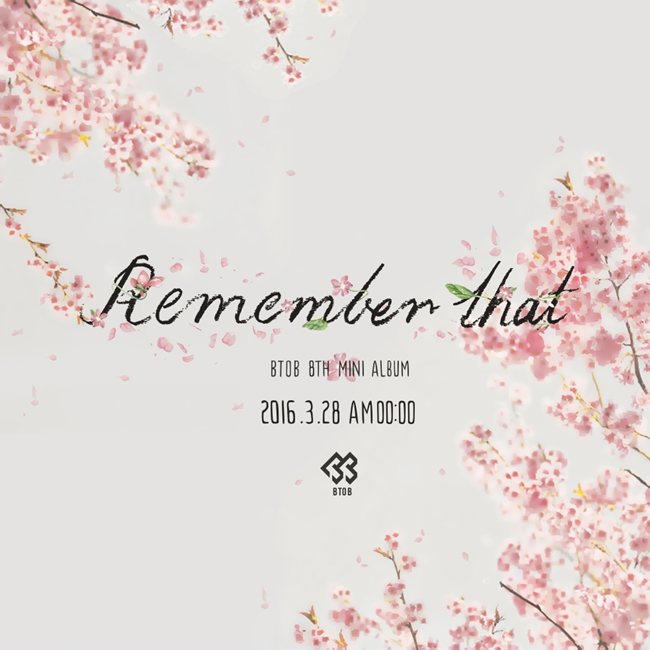 BTOB has announced their comeback with 8th mini album 'Remember That'.

On March 18th, an album art concept image was revealed through BTOB's official SNS, which gives off the spring atmosphere. The album is set to released at midnight on March 28th.

This will mark their comeback after 5 months since 'I Mean' in October 2015.