Lee Kwang Soo becomes the model for Toyota in the U.S 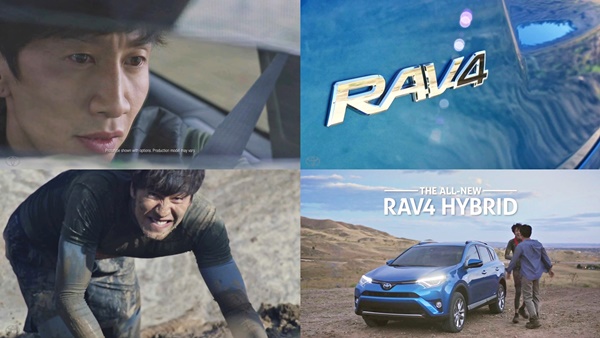 'Asia Prince' Lee Kwang Soo proves his global popularity by becoming the model for Toyota in the U.S market.

The actor will be endorsing for Toyota's new model RAV4 Hybrid and a new CF has been released. In the video, he is seen competing in an obstacle course race and even successfully passing through a gladiator. His quirky yet energetic sides that he shows in the CF sure remind us of his character in 'Running Man' right?

The CF has been released in 4 English, Korean, Cantonese and Vietnamese. You can check out the English version below

In a photo which seems to be taken from his filming for "Descendants of the Sun", the actor is photographed from a far writing something on a piece of stone.  Read more
Song Joong Ki Lee Kwang Soo Kwangsoo Running Man News Mar 03, 2016 21:07
Lee Kwang Soo Beats Kim Soo Hyun And Hailed As No.1 Emerging Chaebol Star

What Are The World’s Most Popular Sports Teams?
Sports Teams Apr 09, 2020

Things to Consider for Making a Successful Cookbook
Cookbook Apr 08, 2020

What is a Pay Stub? A Simple Guide on Everything You Need to Know
Pay Stub Apr 08, 2020
Trending