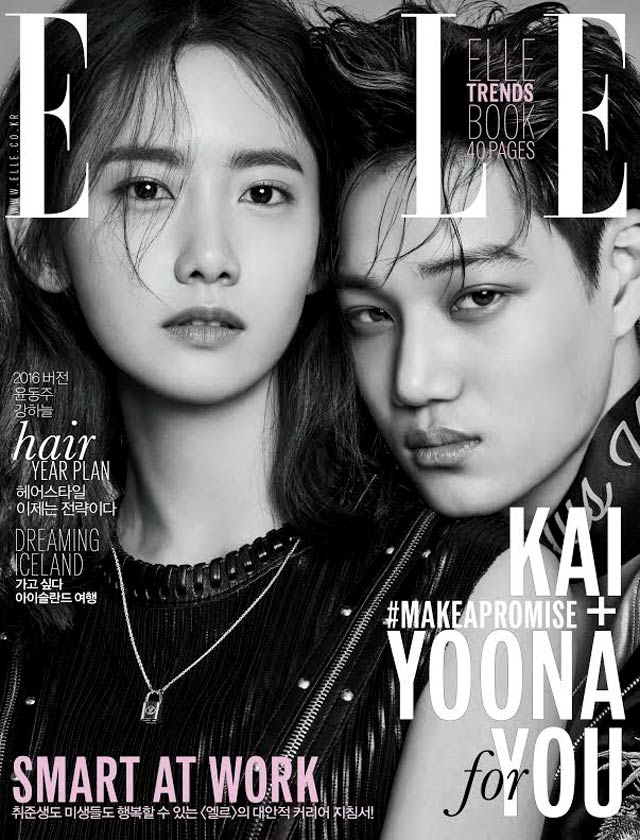 The picture in monotone helps emphasize on YoonA's elegent charm and Kai's charisma, as well as their chemistry as a visual couple.

This pictorial is also a part of Louis Vuitton's 'Make a Promise' campaign in which SM Entertainment and J Contentree managzine collaborate with UNICEF in order to help the children in need. Previously EXO's Sehun and Red Velvet's Irene also participated in the campaign through a couple photoshoot for 'Ceci'.

How To Throw The Perfect Movie Night For Your Friends
ELLE  EXO  Girls' generation  Kai Aug 08, 2020