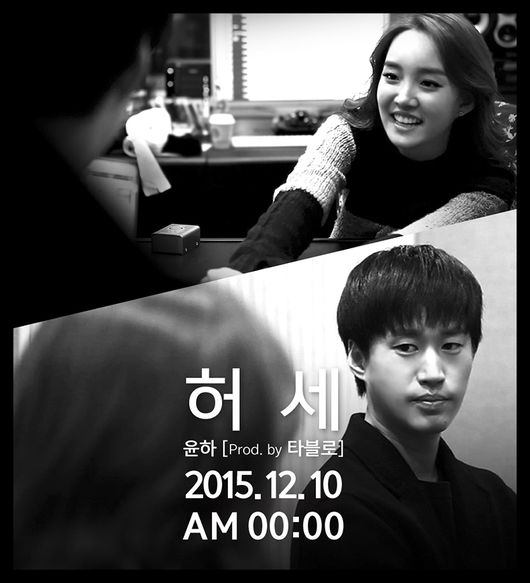 Younha will once again collaborate with Tablo for an upcoming song.

Previously on November 30th, C9 Entertainment released a teaser image hinting at her collaboration partner this time, and today it was revealed that it's none other than Epik High's Tablo.

Following her collaboration with Akdong Musician's Lee Chan Hyuk last month, Younha will greet the fans once again with her new song 'Hashtag' produced by Tablo, which will come out on December 10th at midnight.

The surprise announcement is made today through  MBC FM4U Tablo's Dreaming Radio from Mithra Jin himself who appeared on the program. He said, "I have a very good news today. Finally, I'm getting married. It would take place in early October. I want you guys to be the first to hear this news. It would be great if many people congratulate us."  Read more
Epik High Mithra Jin Aug 10, 2015 10:10
More Stories >
Follow Us