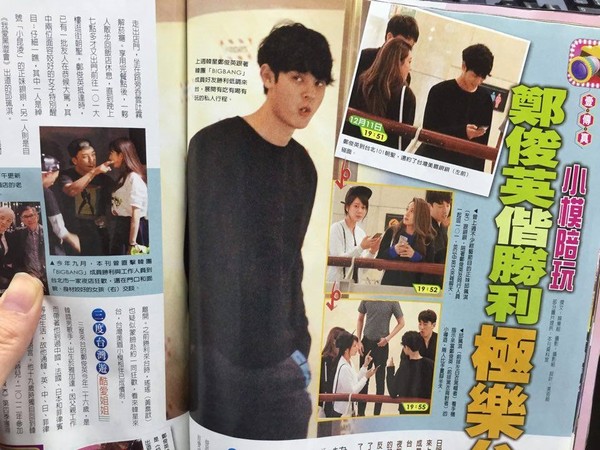 Sina Entertainment reports that Taiwan media releases a news article stating that they have spotted Big Bang's Seungri and singer Jung Joonyoung in a personal visit to Taipei in December 10.

In response to this, an official told the press that Jung Joonyoung and the women are merely friends and not in any malicious relationship. As for Seungri, this is the 2nd time he has been spotted with women in Taiwan, the first being in September when he was photographed in front of a club holding a woman's hand but later on cleared as his interpreter.

YG Entertainment has not yet responded to this new issue.