Kyuhyun scolds his fans due to their carelessness 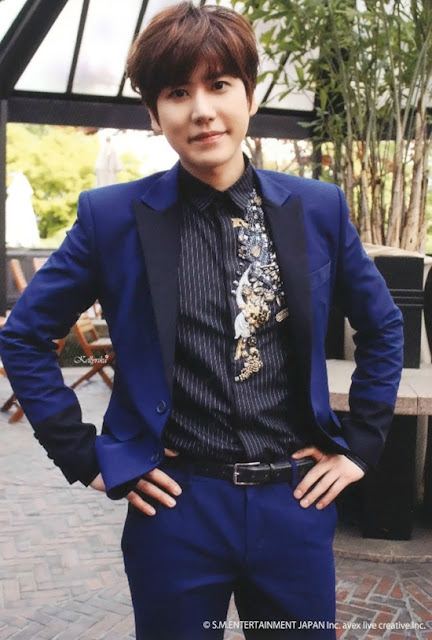 According to fan accounts and some short clips, Kyuhyun has gotten mad after seeing fans crowding and pushing each other when he arrives to greet them after his musical performance.

In one short clip, Kyuhyun is tightly crowded by fans who are taking photos of him while Kyuhyun keeps on telling them to be careful because of some fans pushing each other. During the chaos, a fan fell down in front of Kyuhyun but he is quick enough to catch her with the assistance from his manager.

Due to the incident, Kyuhyun isn't able to hide his disappointment and scolds them on the spot before his manager suggested him to leave first. Afterwards, Kyuhyun goes to his twitter to further warn fans so that such dangerous accident wouldn't happen again.

He tweeted, "I finished today's performance and left but I'm upset. I've told you many times don't run and be careful but there are still pushing and some are falling. If this happens again, I will leave without seeing fans next time. Please tell foreign fans around you."

Kyuhyun must be really upset that there are fans getting hurt because of other's carelessness. Let this be a lesson for everyone.
Facebook Twitter Google+
﻿
DBSJ Star Together in MV for 'The Homeland I Defend'