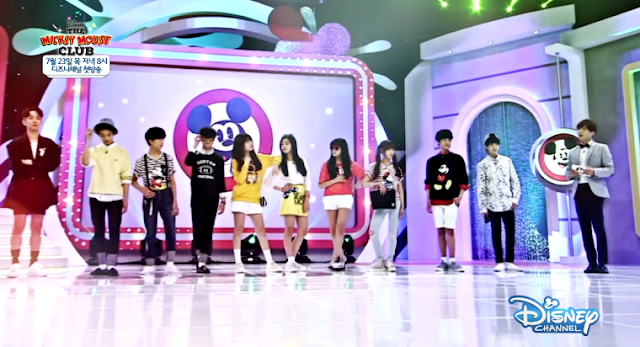 The clip shows SMRookies Mark, Donghyuck, Jaemin, Jeno, Jisung, Lami, Herin, Hina, and Ko Eun together with SHINee's Key as first guest. The cast of the show do special performances and various missions.

Super Junior's Leeteuk and EXO's Suho will come together for the next single of SM STATION.  Read more
cho young soo  EXO  Kassy  leeteuk  Jun 29, 2016 11:07
Leeteuk And Minah Kiss For Real To Pull A Prank On Hyeri

We were first surprised with the news of Super Junior Leeteuk dating Girl's day Minah but it turned out that it was all for their prank for Hyeri. In the pilot episode of MBC's "Hidden Camera Battle" tonight, Leeteuk and Minah attempt to pull a prank on Hyeri.  Read more
Girl's Day  Hyeri  Minah  Super Junior  Leeteuk  News  Feb 09, 2016 22:21
Super Junior Heechul Mischievously Molests Members

Super Junior Heechul has once again attacked his members in their recent Super Camp.

Don't worry ELFs it's not something so violent as he is just being himself and his thing for skinship when it comes to his lovely members. In their recent fan event in Tokyo, members in attendance, Leeteuk, Heechul, Kangin, Yesung, Ryeowook and Kyuhyun did the infamous paper passing game using only their mouth.  Read more
Super Junior Heechul Kyuhyun Leeteuk Jan 10, 2016 22:38
Leeteuk surprises with his Justin Bieber's drop-pants fashion!