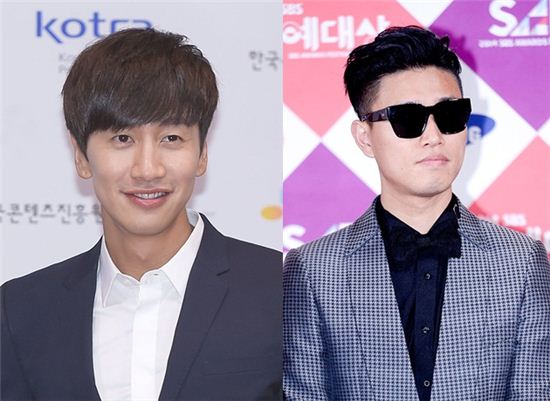 Lee Kwang Soo and Leessang's Gary will be guesting on SBS's 'Healing Camp'.

According to King Kong Entertainment, Lee Kwang Soo and Gary participated in the recording of 'Healing Camp' together on July 29th. This episode is expected to broadcast in August.

This will be the first time for both Lee Kwang Soo and Gary to appear on 'Healing Camp', so many people are looking forward to their appearance. The two have been receiving much love as they are the fixed members of SBS's 'Running Man'.

In particular, this will be the second episode that 'Healing Camp' will be using their new format, as the show now features a live talk between MC Kim Jae Dong and a 500 people audience.

'Let The Wind Blow' is one of the double title tracks in 'R.O.A.D Project #1', the first part of his solo album. The song is a perfect mix of Gil's emotional vocal, mellow melody and beautiful lyrics about overcoming hardships.  Read more
gil Leessang Let The Wind Blow Nov 25, 2015 03:30
Gary's R19+ MV for 'JOA'