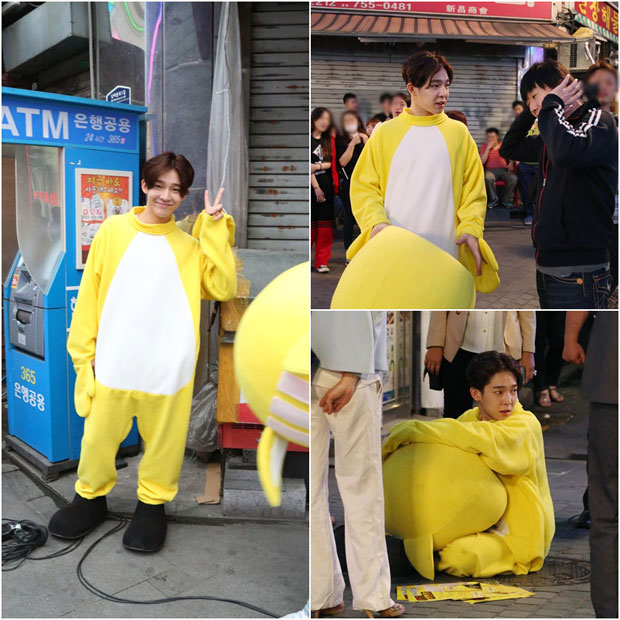 The production crew has released some of the still cuts of Nam Tae Hyun dressing in a yellow cat mascot for his part-time job on the street, gaining much attention.

Despite having to wear such thich clothes during the hot weather and he were even soaked in sweat, Nam Tae Hyun showed no sign of exhaustment and still managed to put on a bright smile for the camera, proving himself as the mood-maker on the filming set.

A rep said,"Nam Tae Hyun will play as Min Woo, a hard-working boy who, despite being raised in a difficult home enviroment, continually works part-time while studying at school. In order to fully understand the character, Nam Tae Hyun is doing his best that he never let go of the script in his hand".

How To Throw The Perfect Movie Night For Your Friends
Midnight Diner  Nam Tae Hyun Aug 08, 2020