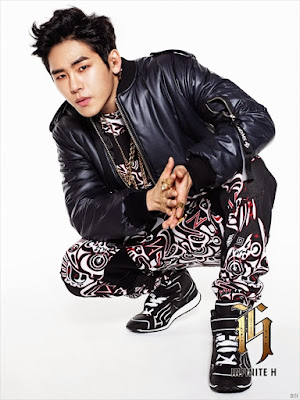 On June 12th, SBS released a short interview clip featuring Infinite’s Hoya who is well applauded by his excellent portrayal of his character in SBS drama 'Mask.'

On the interview, he was asked on why his voice was shaking on one slapping scene. He shared that he was slapped hard for almost 50 times, and just acted naturally. He really got angry that lead to his shaking voice.
Watch below:
written by: loveluytakyo@dkpopnews.net
SOURCE: SBSNOW
Facebook Twitter Google+
﻿
151227 WINNERS from SBS Gayo Daejun #SAF2015

This year has been a colorful year for K-pop as we get to meet the brightest rookies and trending idol groups and singers who keep shining on every comebacks.  Read more
SBS Gayo Daejun News Dec 28, 2015 09:06
151227 SBS Gayo Daejun Performances #SAF2015

Below are videos of your idol groups at the 2015 SBS SAF Gayo Daejun. This year's performances are packed with special stages and collaboration stages of your favorite and trending idol groups!  Read more
2015 SBS Gayo Daejun Video Dec 27, 2015 21:55
iKON to perform 'Dumb & Dumber' and 'What's Wrong' on '2015 SBS Gayo Daejeon'