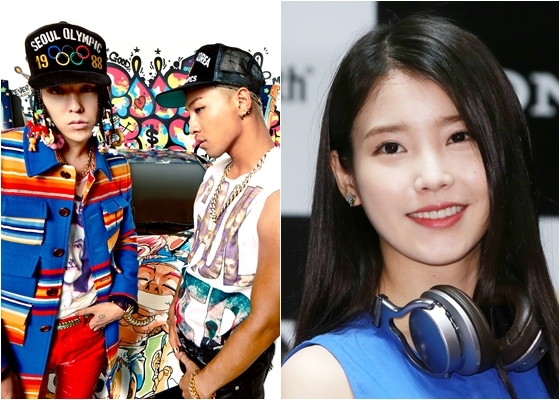 Some of the big names will be joining 'Infinity Challenge Song Festival' this year.

According to the officials, Big Bang' G-Dragon - Taeyang and IU participated in the recording of 'Infinity Challenge' on June 25th, which was said to be for the song festival that takes place every two years.

Many people are very looking forward to this year song festival, as it will be one of the five major events for 'Infinity Challenge' 10th anniversary.

This will be G-Dragon's third time on 'Infinity Challenge Song Festival' following his appearance in 2011 and 2013, while it will be the first time for both Taeyang and IU.

The full line-up has yet to be unveiled to stay tuned.

Big Bang Taeyang had caused quite stir when he posted an innocent Lunar New Year greeting which many found to be offensive and racist.  Read more
Big Bang Taeyang News Feb 08, 2016 22:19
Taeyang & Min Hyorin spotted on a date!