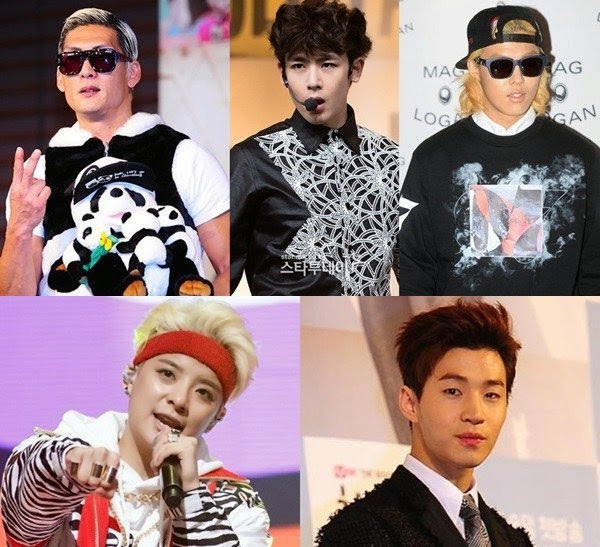 Some of the most variety stars are finally gathering on 'Running Man' and we have  god's Park Joon Hyung, Henry, f(X)'s Amber, 2PM's Nichkhun, and MIB's Kangnam.

According to 'Running Man' officials, the five anticipated guests are confirmed to appear on the program and in fact have participated in recording in Seoul. With the appearance of the five guests, the theme is apparently 'foreign guests' as each of them came from different countries.

In this case, aside from Nichkhun and Gangnam who have already appeared on the program,for Park Joon Hyung, Henry, and Amber, it's their first time. Expectations are rising on how these foreign guests are going to interact with each other and with the cast of Running Man.

Read more
Henry Lau SURE May 21, 2016 10:42
Henry Puts Photoshop Suspicions On His Stoned Abs To Rest

Henry recently reveals that he has graced the latest cover of Men's Health magazine and shares a photo of his transformation displaying his chocolate abs with the caption "march edition #menshealth magazine cover!!! i never imagined i could do it but.....i did it!!! 58 kg-70kg."  Read more
Henry News picture Feb 22, 2016 20:32
Ryeowook, Henry, Jung Joon Young, Zico to guest on 'Radio Star'

Henry and his sister Whitney are such as nice pair of siblings!

It seems like Whitney is visiting Korea and Henry picked her up from the airport today. So generous of him to share a photo with her and even let her give fans a greeting.  Read more
Henry Sep 21, 2015 09:34
Henry performs an impromptu violin performance on 'Where Is My Friend’s House'