Jinusean to feature Ailee for 'Tell Me One More Time' 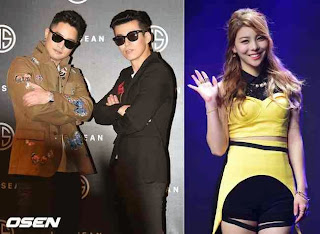 Jinusean will be featuring Ailee for their promotional track 'Tell Me One More Time.'
The girl portion of the song was originally performed by Jang Hanna. Jinusean featured different female vocals to give different flavor every time they perform the song. They already featured 2NE1's Dara, AKMU‘s Soohyun, EXID‘s Hani, K-Pop Star 4 winner Katie Kim, and SECRET‘s Hyosung.
Now, it's Ailee's turn to wow the audience with her own attack of the song. Anticipate the stage collaboration on May 24th SBS' 'Inkigayo' at 1:15 KST.
written by: loveluytakyo@dkpopnews.net
SOURCE: OSEN
Facebook Twitter Google+
﻿
BTOB's Sungjae leaves his MC position on 'Inkigayo'

What can you do to earn a raise at work?
Inkigayo  Tell Me One More Time Jun 05, 2020
Trending