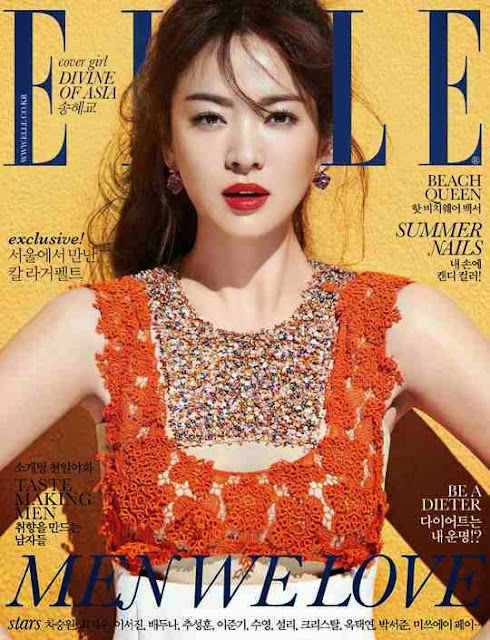 Fashion magazine ELLE will feature Korean actress Song Hye Gyo on their June issue.
On Song Hye Gyo's interview, she shared new updates on her life and career. Song Hye Gyo will be working with actor Song Joong Ki for the first time in the upcoming KBS drama 'Descendants of the Sun.' Song Hye Gyo revealed that her character is a mature version of her character in 'Full House.'
Song Hye Gyo also shared that the most memorable character she portrayed was Eun Seo from 'Autumn In My Heart.' She told that it became hard for her to release the character from her, and it stayed in her system for two years.
Grab the June issue of ELLE, and be able to know all about Song Hye Gyo.
written by: loveluytakyo@dkpopnews.net
SOURCE: TV Report
Facebook Twitter Google+
﻿
Im Joo Hwan Poses For 'Elle'!