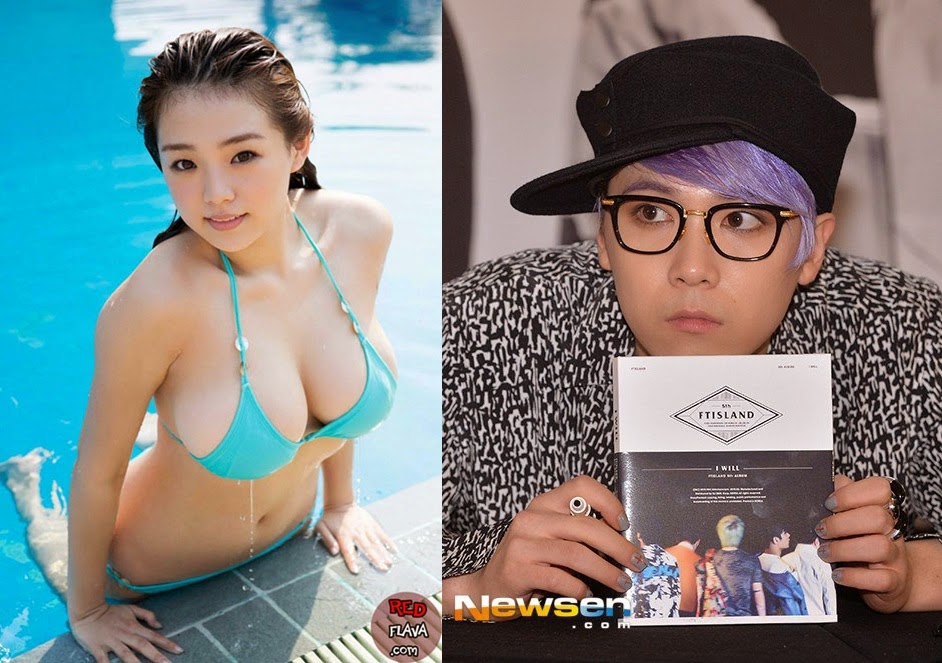 However, after consulting Lee Hong Ki about the dating rumors, FNC Entertainment states, "The dating reports between him (Hongki) and Ai Shinozaki are baseless. They are just close friends."

"During their (FT Island) Japan activities, the two went out with their mutual friends have gotten closer. I think there is misunderstanding." Ai Shinozaki (23) is Japanese gravure idol, and a member of AeLL, a musical idol group.

FTIsland's Hongki seems to be dissatisfied once again on how their agency FNC Entertainment is treating their group.

FTIsland release their Korean single 'Puppy' at 12 noon today. However, the promotional solo photos of members which were supposed to be released beforehand are unveiled altogether after one and half hour.  Read more
FT ISLAND FTISLAND Aug 31, 2015 08:44
Hongki dances to AOA's Heart Attack?

She is seen posing elegantly in the photos above, her prince is none other than FT Island's leader Jong Hoon.  Read more
picture juniel FT ISLAND Aug 18, 2015 12:15
More Stories >
Follow Us