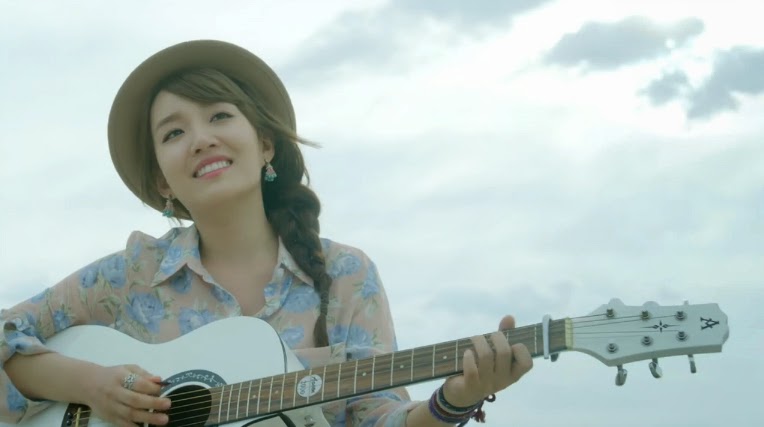 Stage name: Younha
Birth name: Go Younha (고윤하)
Company: Stam Entertainment / Lion Media Co.
Birthday: April 29, 1988
Blood Type: O
Height: 157.8cm
Family: Parents, Sister
Education: Korean University of Foreign Languages (majoring in Japanese)
Debut date: October 2004 (Japan) / December 2006, (Korea)
Younha is a South Korean pop singer who first got her start in Japan, and continues to have success today in both countries.
At an early age, she auditioned for many Korean agencies, but was turned away by most of them. She was finally scouted by a Japanese label in 2003/2004, then she dropped out of high school and moved by herself to Japan, where she began training under the company, and learning Japanese by herself. Her song Yubikiri was released as an insert song for the Japanese drama Tokyo Wankei in May 2004, and she finally released her first single Yubikiri ~Japanese Version~ in October of the same year.
Younha's second single, "Houki Boshi", was used as an ending song for the popular anime, "Bleach" . It became a hit, debuting at #18 on the Oricon chart and peaking at #12, and propelled Younha into the limelight. With this single, she became the second Korean, after BoA, to have broken the Oricon chart's top 20.
Her first Korean single, "AUDITION" was released in 2007, and first Korean album "A Perfect Day To Say I Love You", which contained the single "Password 486" reached #1 on various charts, and enabled Younha to win a couple of music show wins. She also won a couple of newcomer awards by the time the year was over.
Facebook Twitter Google+
﻿
Happy Birthday To Super Junior Leeteuk!