BTS photos of SHINee for The Saem revealed 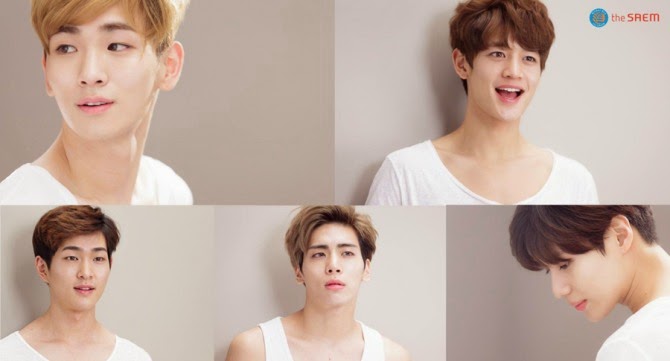 On Feb 27, cosmetic brand 'The Saem' revealed behind-the-scenes photos of SHINee members ahead of its spring-summer campaign.
SHINee were chosen as new models for 'The Saem' in December and they have already finished filming for the CF which will be aired on TV on March 6th.
One representative of The Saem said, "We've paid a lot of attention to this campaign, which mainly focuses on the new range of products. Fans and consumers can see a new side of SHINee in the upcoming promotions."
In the BTS photos, five singers show their glowing skin with a bright look, attracting a lot of attention,
Jenny@dkpopnews
Facebook Twitter Google+
﻿
Taemin Attends SS17 Menswear DBGShow in Milan