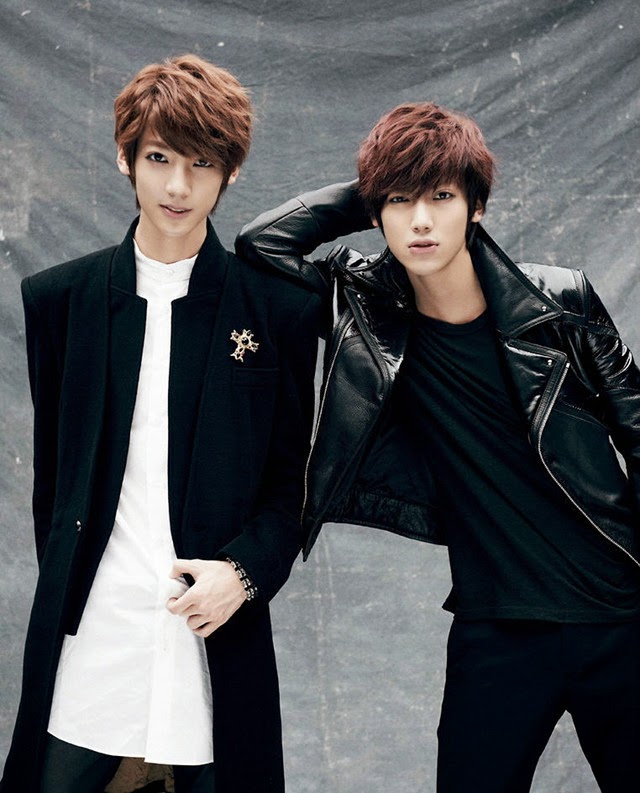 Boyfriend's Jo Twins(Youngmin and Kwangmin) are likely to join the cast of MBC's 'Real Men' season 2.

According to official broadcasters on January 27th, Youngmin and Kwangmin have met up with the production crew recently, but nothing about their appearance has yet to be confirmed.

If both of them accept the offer, they are expected to experience many funny situations due to their identical appearances as twins on the show.

For 'Real Men' season 2,  Jung Gyu Won and Sam Ochiri have been confirmed as the new members while Sam Kim, Han Sang Jin, Lee Gyu Han are currently under discussion.

Boyfriend is coming back with a repackaged album and starting off the countdown, an image teaser of members Youngmin and Kwangmin has been unveiled.