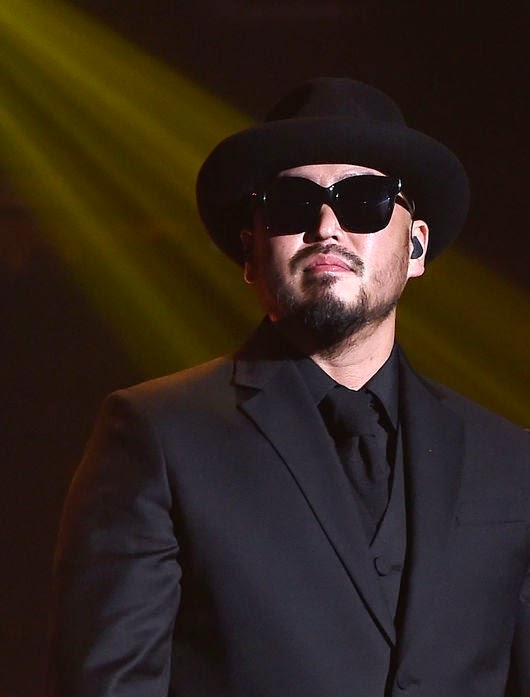 Gil has made an official apology once again for his drunk driving controversy in front of the audience at Leessang, Jung In, Haha and Skull' year-end joint concert 'Sum x Body'.

He appeared for the first time after 8 months on December 30th following his DUI controversy in April, which has attracted much attention. He said at the concert,"I haven't hold the mic for a long time. I'm very nervous. I thought a lot about the things I want to say when I see you again for hundreds and thousand times. I missed it. And I'm so sorry and sorry again".

He continued,"I'm so sorry towards the people who have received much hurt because of me, the 'Infinity Challenge' members who apologized on behalf of me, and the person I feel sorry the most for is Kang Gary".

Meanwhile, Leessang, Jung In, Haha and Skull will perform again for the second day of the concert later today on December 31st with Yoo Jae Suk as the special guest.

'Let The Wind Blow' is one of the double title tracks in 'R.O.A.D Project #1', the first part of his solo album. The song is a perfect mix of Gil's emotional vocal, mellow melody and beautiful lyrics about overcoming hardships.  Read more
gil  Leessang  Let The Wind Blow  Nov 25, 2015 03:30
'Unpretty Rapstar 2' introduces Gilme & An Soo Min

Five out of eleven participants for the all new Unpretty Rapstar are now introduced. Following Wonder Girls Yubin, KittiB and Kasper, the two newly introduced are Gilme and An Soo Min.  Read more
Unpretty Rapstar Season 2 An Soo Min Gilme Aug 26, 2015 09:15
Leessang' Gil and Gary to make their solo comebacks later this year

We will be blessed with more quality music from Leessang as both Gil and Gary will be making their solo comebacks in the second half of this year.  Read more
gil Leessang Gary Aug 01, 2015 03:30
Baek Ji Young's opening & duet with Song Yoo Bin on 'Yoo Hee Yeol's Sketchbook'

In case you missed the March 27th episode of KBS 2TV's 'Yoo Hee Yeol's Sketchbook,' here are the opening number by Baek Ji Young while singing 'Choice' and 'At Any Time.' There's also a duet performance of Baek Ji Young and Song Yoo Bin titled 'Garosu-Gil at Dawn.'  Read more
At Any Time Garosu-Gil at Dawn Mar 29, 2015 11:30
Gil apologizes for his drunk driving controversy at Leessang's year-end concert

Gil has made an official apology once again for his drunk driving controversy in front of the audience at Leessang, Jung In, Haha and Skull' year-end joint concert 'Sum x Body'.  Read more
gil Leessang Dec 31, 2014 12:16
More Stories >
Follow Us