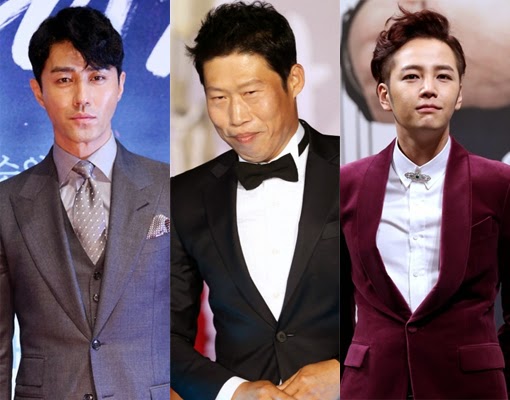 Cha Seung Won, Yoo Hae Jin, Jang Geun Suk will be the next guests on tvN's 'Three Meals a Day'.

On December 15th, official broadcasters from tvN revealed that Cha Seung Won, Yoo Hae Jin and Jang Geun Suk will make their appearance on 'Three Meals a Day for Winter'(working title) special broadcast in which the guests will have to complete new missions given by 2PM's Taecyeon and Lee Seo Jin.

Regarding the first recording and broadcast time, a rep said everything is still in discussion.

'Three Meals a Day' has been receiving much popularity thanks for its unique concept. The lastest episode recorded an average rating of 9.1% and continued ranking first  among all the programs in the same time slot for 9 weeks in a row.
Facebook Twitter Google+
﻿
Jang Geun Suk to hold a solo concert in Seoul for the first time in 3 years

TThe actor's agency said on October 17th regarding the issue,"He didn't pay anything since he hasn't receive the result in the tax investigation from the National Tax Service".  Read more
Jang Geun Suk Oct 17, 2014 04:30
Happy birthday to Jang Geun Suk