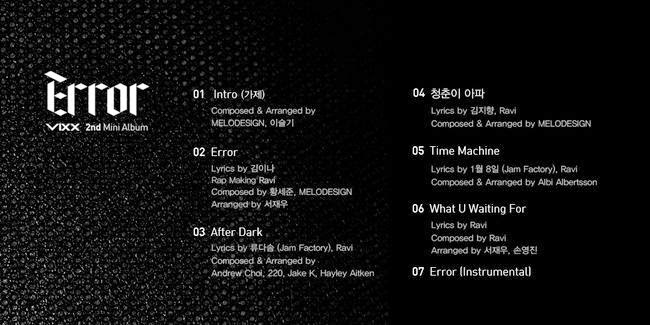 On October 5th at midnight, the tracklist was revealed through VIXX's official website. The mini album will consist of 7 tracks 'Intro', 'Error', 'After Dark', 'Youth Hurts', 'Time Machine', 'What U Wating For' and 'Error Instrument ver'.

Just seeing from the tracklist, we can see that member Ravi has a big part in the production of the mini album as he participated in the lyrics and rap making of all the songs. In particular, 'What U Waiting For' is both writen and composed by Ravi himself, raising the expectation of the fans even more towards the release of the new album.

'Error' will be coming out on October 14th.