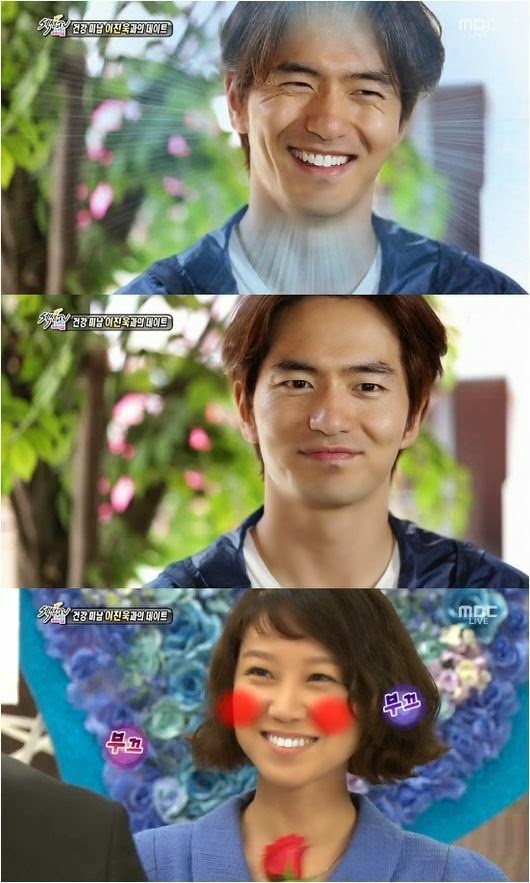 Gong Hyo Jin is lucky to have a boyfriend like Lee Jin Wook.

In the broadcast of MBC's "Section TV" on June 15th, Lee Jin Wook was featured in an interview. As he has acted as the romantic guy in many previous works, he is called as the "rom-com king".

The MC then asked him if he does a lot of aegyo, to this he answered,"I don't know about aegyo but I likes to make people laugh". Then the MC asked,"Is it for that someone?" which indirectly mentioned his girlfriend Gong Hyo Jin, and Lee Jin Wook shyly responded,"Yes".

Check out the interview clip below

Gong Hyo Jin and Jo In Sung show off their dance skill in 2 new teaser video for "It's Ok, It's Love".  Read more
gong Hyo-jin Jo In Sung Video Jun 25, 2014 10:16
Gong Hyo Jin is hospitalized after involving in a car accident

But fortunately she only suffered from a minor injury.

It was reported that at around 1:10am kst on June 19th, after finishing her filming for "It's Ok, It's Love", while on the way back Gong Hyo Jin's van collided with a 4.5-ton truck on the Yongdong highway in Yongin. Not only that the actress's van was also hit by another truck behind as it couldn't stop in time. Everyone who was involved in the accident immediately hospitalized for an examination.  Read more
gong Hyo-jin Kpop Jun 19, 2014 05:42
Lee Jin Wook says he likes to make people laugh instead of doing aegyo