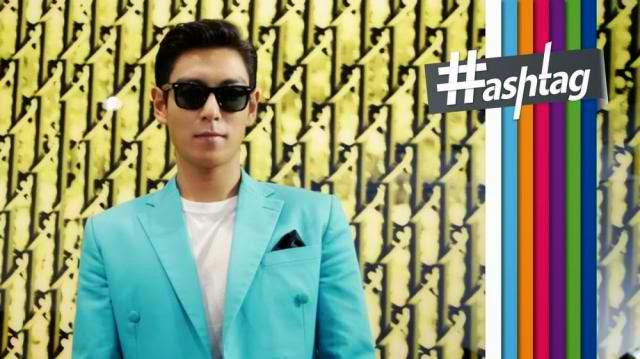 Big Bang's T.O.P sat down for 1theK's 'Hashtag' show, and answered several questions related to his photo exhibit entitled 'From T.O.P'.
On his interview, T.O.P revealed a lot about his preparations for the exhibit and his life. T.O.P shared that the photos were selected by himself, and he chose to feature his eyes because he believed that the person's eyes are very important because it tells different stories. He also revealed his favorite photo which he described as himself who is curious about the future.
When he picked up the #TwentySeven, he shared that when he was younger he was thinking how his life would be when he turned 27. Now, that he is, he thinks that life was no big deal at all. He ended it saying that he matured mentally and is looking forward for his 40th.
The next is #Exhibition where he revealed that he doesn't like doing selfies because he thinks that it drains him out. Also, he was asked what weirdness is, and he answered saying, "It's being unpredictable. Being able to show a different side of yourself and the fun energy coming from that! That's weirdness."
For more about T.O.P, watch below:

Younha will once again collaborate with Tablo for an upcoming song.  Read more
Epik High  Hashtag  Younha  Dec 02, 2015 04:30
Jace of Miss $ comes back solo with 'Hashtag'

On May 14th, Unpretty Rapstar competitor Jace ended the four-year hiatus with the release of her solo track 'Hashtag.'  Read more
Yang Da Il Hashtag May 17, 2015 11:00
BTS on 1theK’s '#hashtag'

1theK's '#hashtag' features Bangtan Boys who recently came back with their album 'Mood for Love' which has nine tracks with 'I Need You' as the title song.  Read more
Video #hashtag May 03, 2015 12:30
Lizzy on #hashtag