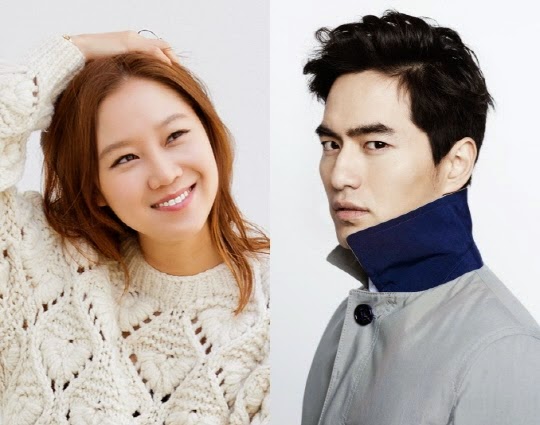 Another celebrity couple is born!

Earlier on May 29th, Sport Seoul exclusive reported with proof shots that Gong Hyo Jin and Lee Jin Wook are dating. They were spotted attending designer Kim Jae Hyun's fashion show for "2013 Seoul Fashion Week" in March last year together and they have developed feelings for each other since then.

Later both the agencies released official statements and confirmed the two's relationship. Reps from both sides said both of them started as good colleagues and slowly they have become attached to each other, and since they're still in an early stage of their relationship so both of them are still very careful about it.

Meanwhile, Gong Hyo Jin is currently filming for SBS' "It's Ok, It's Love" while Lee Jin Wook will star in upcoming tvN's series "The Three Musketeers".

Gong Hyo Jin and Jo In Sung show off their dance skill in 2 new teaser video for "It's Ok, It's Love".  Read more
gong Hyo-jin Jo In Sung Video Jun 25, 2014 10:16
Gong Hyo Jin is hospitalized after involving in a car accident

But fortunately she only suffered from a minor injury.

It was reported that at around 1:10am kst on June 19th, after finishing her filming for "It's Ok, It's Love", while on the way back Gong Hyo Jin's van collided with a 4.5-ton truck on the Yongdong highway in Yongin. Not only that the actress's van was also hit by another truck behind as it couldn't stop in time. Everyone who was involved in the accident immediately hospitalized for an examination.  Read more
gong Hyo-jin Kpop Jun 19, 2014 05:42
Lee Jin Wook says he likes to make people laugh instead of doing aegyo