Lee Kwangsoo,' even Gary is not here, Song Jihyo can't play the role of my girlfriend' 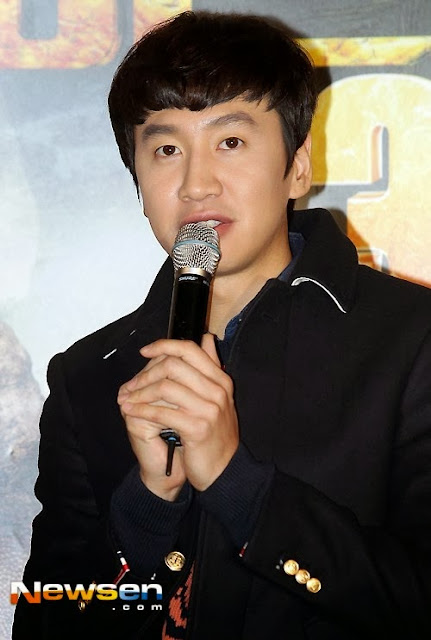 On November 27th, Lee Kwangsoo attended the "Walking with Dinasaurs 3D" showcase. He is the voice actor of the hero dinosaur in the movie.

He said during the interview,"I think Kim Jongkook is suitable for the villain's role because of his strength and his character. Ji Sukjin as my father because of his age. Haha is good to be my partner, plus he has small size like the character in the movie"

The MC then asked,"Because of Gary so Song Jihyo can't play the role as your girlfriend right?". In this regard, he replied,"Even if it's not because of Gary, Song Jihyo is inappropriate. For that role, there are many people who can play it. But then who is better?", he was confused upon hearing the question.

He explained,"Or just let Song Jihyo play it, it's better, because I feel the most comfortable around her"

On the follow up episode of "Running Man" , Monday Couple Gary and Song Jihyo once again touch hearts of their avid viewers with their victory.  Read more
Gary  NEWS  running man  Song Ji Hyo  May 30, 2016 09:53
Song Ji Hyo & Chen Bo Lin Couple Look Sweet In 'We Are In Love2' Posters

Song Ji Hyo has been reported to be coupled up with Taiwanese actor Chen Bo Lin for the Chinese version of "We Got Married" and the virtual couple's posters are released.  Read more
Song Ji Hyo Chen Bo Lin News picture Feb 23, 2016 21:48
Dispatch Releases Their Close-Up Photos Of Female Celebrities With Poreless Skin

Dispatch releases their exclusive photos of female celebrities who don't need photoshop because of their flawless skin.

Running Man's 'Song-Song' siblings once again display their closeness through warm and sweet gestures to each other.

In the latest episode of "Running Man", the members have reunited with Song Joong Ki. They met on the locker room where Joong Ki and other celebrities are preparing for their charity game. Each members hug Joong Ki and display heartwarming atmosphere.  Read more
Running Man Song Joong Ki Song JI Hyo news Jan 24, 2016 20:38
More Stories >
Follow Us