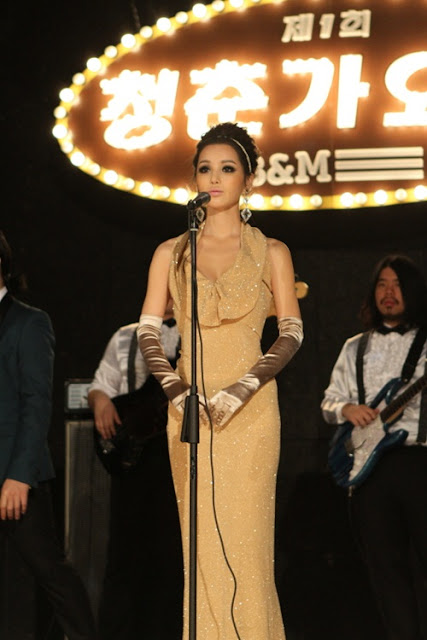 Nam Gyuri hyped up the fans by dropping hints at a possible music comeback.

The singer-turned-actress, who was previously the leader of the original girl group SeeYa, has concentrated on her acting career for the past years. She left her fans buzzing with excitement with hints at a possible comeback to the music industry.

Brand New Music uploaded a couple of photos of Nam Gyuri on their official Twitter, wearing makeup of a R&B singer from 1970~80s. The actress herself also posted on her Twitter, “I’ve always been a huge fan of Naul. I delivered him a cake. Thank you for amazing songs, and I will wish for even better music.”

Attached the post was a photo showing Nam Gyuri posing with Naul, suggesting possibility of a music collaboration between the two artists.

Do you think Nam Gyuri will be returning as a solo artist? 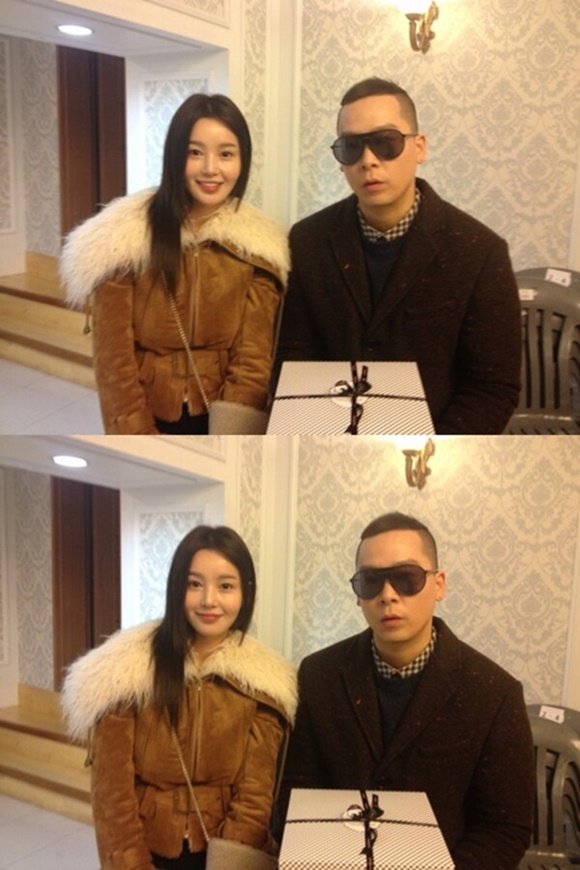 Brown Eyed Soul's Naul will be the first one to start the group's comeback relay single project.

Brown Eyed Soul's Naul is currently holding his solo art exhibit entitled "COLLAGEARL Naul’s Private Exhibition.”It showcases Naul's attraction to pieces made from thrown away materials. Naul said, “I don’t know why I’m fascinated to these recycled materials, ...I feel aesthetic value in them.” The event will also feature Naul’s famous LP Collage series, digital print pieces and self-designed eco-friendly bags and phone cases.Actually, Naul is not new to this kind. He's a fine arts major, and he already held a solo exhibition entitled “drawing 05” in Seoul in 2006 and in Osaka, Japan in July 2013. If you are interested, you can visit Bangbae-dong’s Gallery Toast from October 25 to November 17.Meanwhile, Brown Eyed Soul will release their 10-year anniversary album sometime before November. written by: loveluytakyo@dkpopnews.netSOURCE: koreaherald  Read more
COLLAGEARL Naul’s Private Exhibition brown eyed soul Oct 26, 2013 05:28
Naul breaks his three-month no update twitter

Naul made a comeback on his twitter after a three-month no update from him.He shared a photo with this caption, “'I'm back after my showcase in Osaka, Japan! Thank you so much to everyone who spent time with me at the showcase! Naul & Noh Jun‘s duo exhibition will be at Osaka’s Gallery Kaze until the 17th”.일본 오사카 전시 오픈 잘 마치고 돌아왔습니다! 전시회에 와주신 모든 분들 정말 고맙습니다! 오사카 카제 갤러리에서 나얼&노준 2인전이 17일 까지 계속 됩니다. http://t.co/N3ZqOLzwha  Read more
naul Ki Sung Yong Jul 07, 2013 10:32
Brown Eyed Soul to turn 10