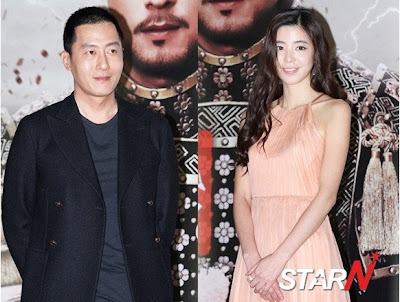 Actors Kim Joo Hyuk and Kim Gyuri of ‘God of War’ have revealed their romantic relationship.

On September 3rd, Kim Joo Hyuk’s management agency confirmed the news by stating, “Kim Joo Hyuk and Kim Gyuri are in a relationship. The two developed their feelings through the drama ‘God of War’.”

A representative added, “It’s been about three months since they started their relationship. Even though they didn’t make it in the drama, they made it in reality. They have found a lot of similarities to each other while filming, they get along very well with each other.”

However, they refused any rumors about marriage. “Marriage is their own decision, and as we know, they are just learning more about each other. we hope you give your support for the couple,” he said.

Upcoming film 'Happy Facebook' has released some information on its potential cast.

According to the insiders in the film industry, Yoo Ah In, Kang Ha Neul. Kim Joo Hyuk and Esom have been casted for 'Happy Facebook', and they are currently coordinating the details.  Read more
Happy Facebook  yoo ah in  Kim Joo Hyuk  May 21, 2015 04:00
Jung Joon Young and Kim Joo Hyuk in talks to join ‘1 Night 2 Days’