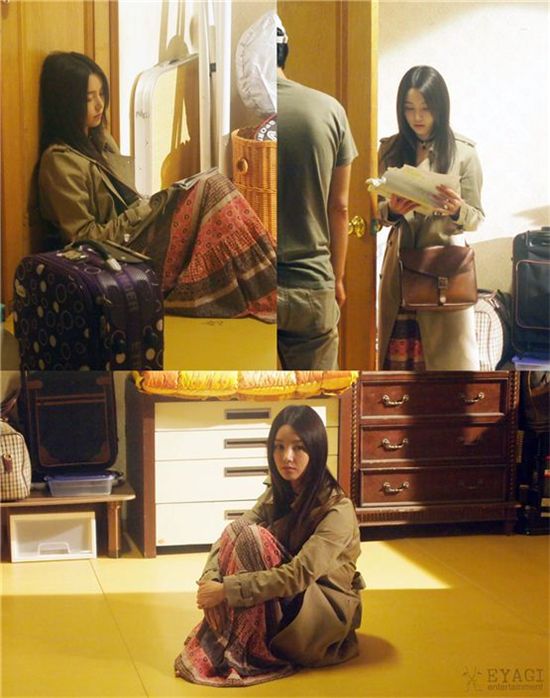 On July 17th, Eyagi Entertainment released several still cuts of Nam Gyuri. In the photos, the actress can be seen studying her script, resting, and waiting for the cue while trying to keep her focus on her character named Mija.

Nam Gyuri will play the female lead Mija, and the opposite of Park Sung Woong in the drama about a woman who tries to flee a loan shark by going into hiding at the house of an assassin posing as a barber.

Helmed by director Lee Jeong Sub of “Bread, Love and Dreams” and “Glory Jane”, the new drama “A Killer Barber” will be aired on July 22nd.
Facebook Twitter Google+
﻿
Nam Gyuri is having trouble with her sleep