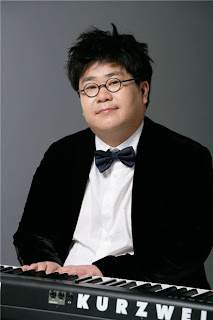 Korean Songwriter Cho Young-soo has expanded his career into Japan through a song for trio SG Wannabe, according to Nexstar Entertainment.

Nexstar announced in a press release that Cho kicked off his songwriting career in Japan through "Precious," the recently released title track he wrote for SG Wannabe's third Japanese single album.

"Precious," which went on sale in the country in mid-June, reached the No. 27 spot on Japan's Oricon daily singles chart on the day of its release.

Cho came to start his activities overseas by suggestion of Japanese retailer PONYCANYON, in charge of SG Wannabe's album sales.

"We thought of Cho because it would be great if SG Wannabe received songs from the best songwriter in Korea and he has worked with them before as well," explained an associate from PONYCANYON.

Cho made his debut into the entertainment business as a member of group 12th Theme in 1996. He soon moved over to composing songs for famous singers such as MC Mong, Seo In-young and SeeYa. He has written over 52 hit songs in Korea.

He is currently working on the theme song for the upcoming "2010 Asia Song Festival" in October.

SG Wannabe splashed into the music scene in 2004 with their debut song "Timeless." They have released various albums which include their hit songs "Sing & Punishment," "While You Live" and "I Miss You."

Female singing duo Davichi has shown its allegiance to friend and composer Cho Young Soo by agreeing to sing for his new album free of charge.

Korean Songwriter Cho Young-soo has expanded his career into Japan through a song for trio SG Wannabe, according to Nexstar Entertainment.

Pop culture aliens that are simply out of this world
aliens Feb 21, 2020

Simple Tips to Boost Up Self Esteem Effectively
self-esteem Feb 21, 2020