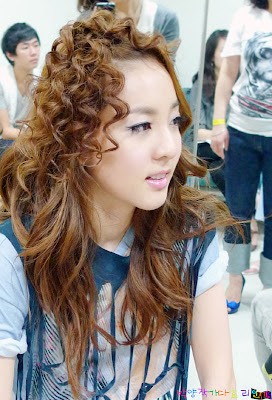 and fans say, “It’s so pretty!” Clean and clear skin, she became one of the most envied by women. Recently, Sandara Park had gained much attention when she was voted to be the most suitable older woman for Yoo Seung Ho in a survey. Around the same time, she also became known to have the most flawless skin among the females in the music industry.

Modelo Dermatology Center (http://www.modelo.co.kr/) dermatologist Suh Goo Il says, “Sandara Park, who is active as both a singer and a popular commercial model, is a celebrity with one of the best and the cleanest skin in the music industry.” And also, he reveals, “She is a female star with baby skin vastly envied by so many women.”

Dermatologist Suh continues, “recently, it has also become a standard of female beauty to have clean skin.” And also adds, “In Sandara Park’s case, she has the perfect skin tone, with no trace of wrinkles or freckles. Especially, in the beer commercial that had gained much attention, Sandara Park’s skin as shown there can be seen as a role model for many Asian women.”

In the ‘Kiss’ beer commercial with Lee MinHo, Sandara Park had expressed a mysterious sexiness with her clean and clear skin tone, and it had received an explosion of popularity.

In addition, many fans said “ We are curious about Sandara Park’s secret for her beautiful skin.” Many posts wondering about her skin care methods suddenly went up everywhere like water spurting out from a water pipe.

In another note, Sandara Park recently came out in SBS’s new talk show ‘Strong Heart’ and revealed her sense of humor and witty talk skills that surpassed expectations, surprising the producers, and it makes us look forward to more of her future activities, not just in the music scene, but also in variety shows.

Netizens are surprised to see new photos of 2NE1's Park Bom which are uploaded on various community sites.

The photos are said to be taken when Park Bom attended her sister Park Go Eun cello concert on June 8. Fanaccounts state that Bom gave out autographs at the venue and chatted with some fans. However, there are also netizens who comment that she looks barely unrecognizable especially her lips and nose.  Read more
2NE1 NEWS Park Bom Jun 10, 2016 01:29
[Eye Candy] 10 Real Hot Pictures Of Park Bom! + Gifs